Check the 34 other Arduino tutorials

In the previous lesson, you blinked the built-in LED on the Arduino . Now it is time to start using a LED on a breadboard. We are going to use a resistor , LED , breadboard and two jumper wires . This might seem boring (it is a little bit 😉), but it forms the basis of all the other lessons we are going to do. For example, do you know why we have to put a resistor in front of an LED? No? Then read on quickly! 🤓

At the bottom of this page you'll find the course material button. This button allows you to download the code, circuit diagram and other files relevant to this Arduino tutorial.

What is a breadboard?

A breadboard is being used for building temporary circuits. You can use it for proof of concept circuits which can later be designed as a printed circuit board or soldered. This way you avoid having to solder and desolder components many times.

You can easily prick and remove all your components in the breadboard. The holes are pre-connected in a special way. This is useful because you don't need wires to create these connections.

For example, the breadboard in this photo connects all the top row holes marked with the plus sign together (marked with the red line). The same goes for the minus holes (the blue line). The others are connected from top to bottom towards the center. This interruption ensures that the top and bottom halves are not connected to each other.

Some breadboards have their holes labeled with letters and numbers. In the picture below a30 is connected with e30, but not with f30 because of the little gap in the center. a7 is not conencted with a8, because they are each in a seperate row.

LEDs come in lots of sizes and colours. Sometimes a translucent LED could for example lit in blue or red.

If you look around, you probably see LEDs here and there: your phone, computer, battery charger, tv etc. One of the advantage of an LED is that is does not use a lot of power and is a lot more efficient over a traditional lightbulb.

The name LED contains the word diode. A diode only conducts current in one direction. So make sure you plug an LED into your breadboard correctly. A tip is, if an LED does not turn on, to check whether you have connected it in the right way.

If you look closely at the photo above, you can see that the legs of an LED are not the same length. These legs are called the Anode and Cathode. There is a mnemonic for this: don't PANiC, Positive Anode, Negative Cathode.

In this circuit we use a resistor. This part ensures that electricity can flow less easily. You also have different types and sizes of resistors. Every resistor has a value: the resistance value. Often times we just say resistance. This value is the number of Ohm.

To know how many Ohms a resistor is, they invented colored rings. Each color combination represents a value. You can calculate this yourself, but there is also a handy resistance calculator available online. With this calculator you can convert from color code to Ohm, or vice versa.

🎓 Can you find out what the value of this resistor is?

Measure resistance with a multimeter

🎓 What resistance value is 5K6 the abbreviation of?

Why do we place a resistor in front of an LED?

An LED has very little resistance. Suppose you use a red 2.2V LED with the 3V of your Arduino, then the LED breaks. Simply put, we use the resistor to prevent too much current from passing through the LED. The formulas to calculate exactly how big your resistance should be can be found on Stack Exchange .

The code is almost the same as in the previous lesson. The only difference is that on line 4, instead of LED_BUILTIN we now use pin 11.

Uploading code to the Arduino

Now our program is ready to upload to the Arduino. First we have to connect our Arduino to the computer with the USB cable. Make sure you've selected the correct board in the IDE:

and the correct port:

If you are not sure which port to use, try them all until you can successfully upload your code.

The top left shows a round button with a checkmark. By pressing this button you tell the IDE to verify your code for possible errors. The IDE only checks if it can read your code. It does not check if you have written correct code for what you are trying to program.

If everything works the IDE shows the Compiling completed message. You can now upload your code by pressing the round button with the arrow to the right. The uploading is complete when the Avrdude done. Thank you. messages appears. Your program will immediately start after uploading. As a result you should now see your Arduino LED blink with 1000ms intervals.

You have completed another lesson, well done! Here's your challenge for lesson 2:

🎓 Write a program where the LED blinks the SOS signal pattern. 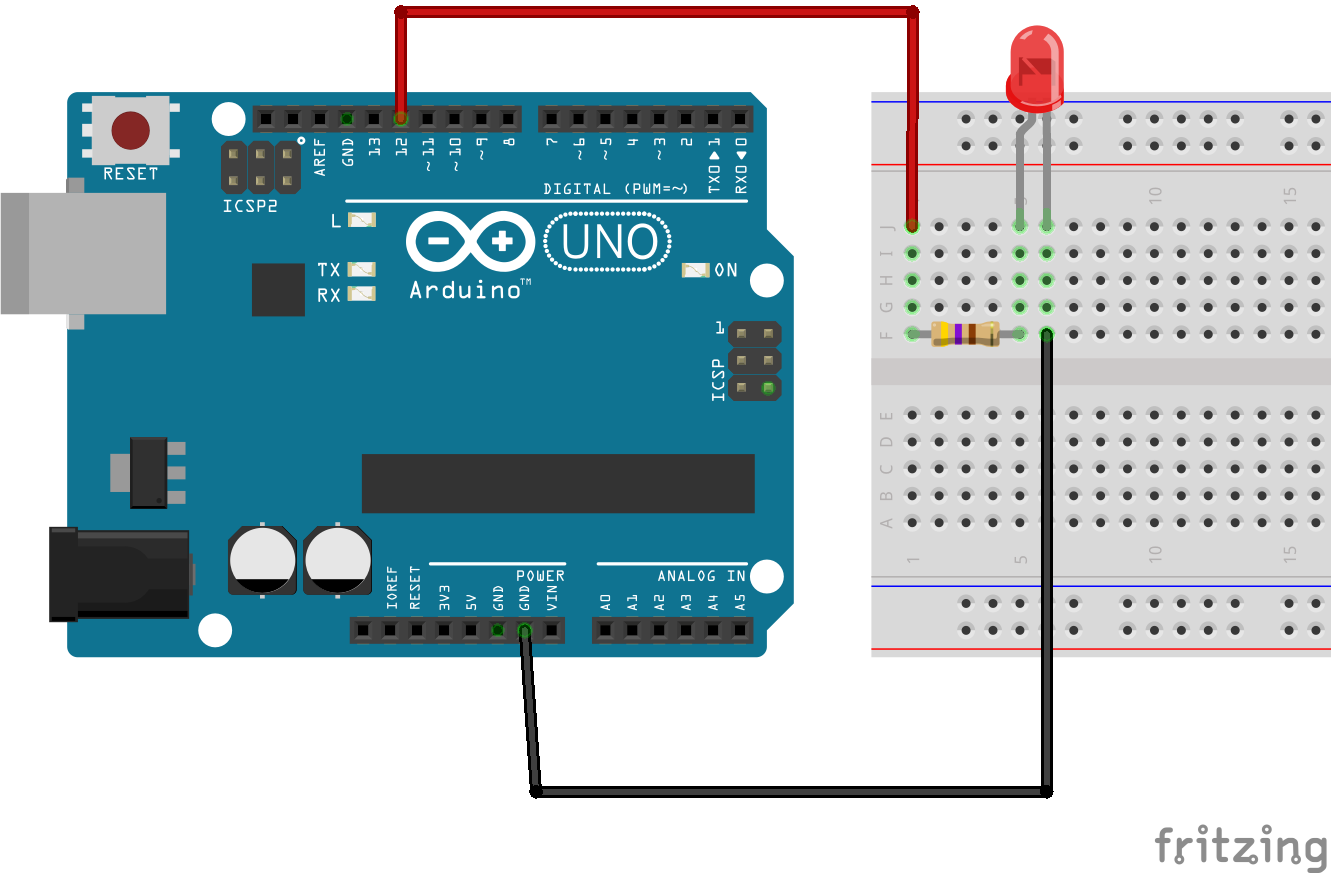 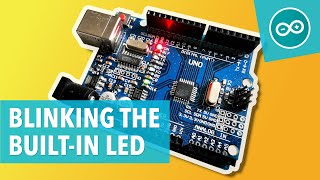 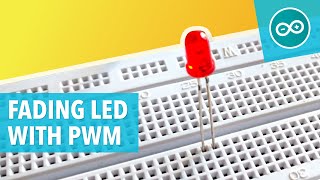 About Bas on Tech

My name is Bas van Dijk, entrepreneur, software developer and maker. With Bas on Tech I share video tutorials with a wide variety of tech subjects i.e. Arduino and 3D printing.

Years ago, I bought my first Arduino with one goal: show text on an LCD as soon as possible. It took me many Google searches and digging through various resources, but I finally managed to make it work. I was over the moon by something as simple as an LCD with some text.

With Bas on Tech I want to share my knowledge so others can experience this happiness as well. I've chosen to make short, yet powerful YouTube videos with a the same structure and one subject per video. Each video is accompanied by the source code and a shopping list.